One day after our seven-year-old’s soccer game, he waited in line at the concession stand.  The rest of the family waited a few feet away, arms full of camping chairs and water bottles, ready to head back to our trusty minivan.

I watched as our son’s easy grin lit up his face while he talked animatedly with a teammate behind him.  His team had remained undefeated, and he was on cloud nine!

He called out to his younger brother to join him.

As the four-year-old brother bounced closer to him, our middle son’s smile widened and his eyes crinkled.  He bent down to the younger’s level

“This is my brother, ” he told his teammate.

“Say, hi!” he encouraged the four-year-old.

Pride shone forth from his face as he talked about how he teaches his younger brother and sister how to “do sports” and how they listen to him and do what he says. 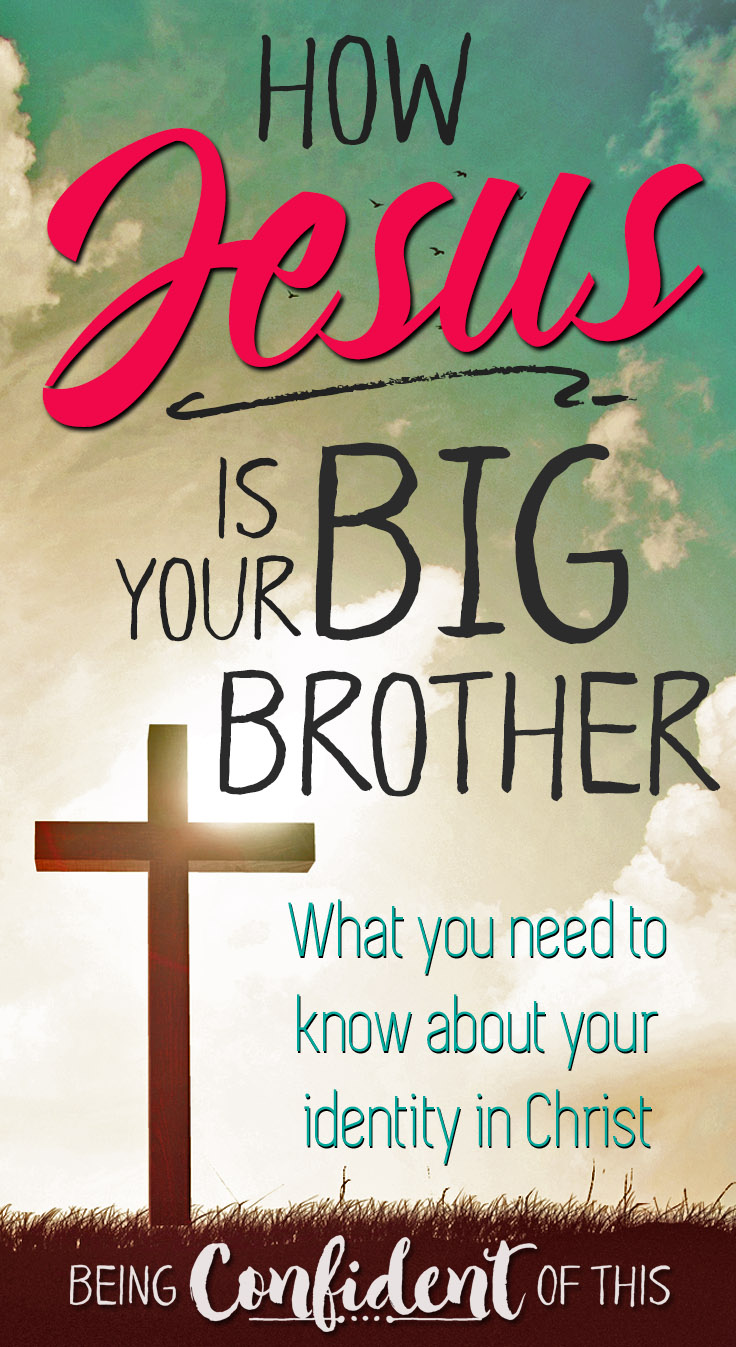 He put his arm around the four-year-old in a protective and possessive way, completely pleased to be the big brother.  “Gimme five,” he instructed.  The younger brother gladly obliged and bounced back to where the rest of the family waited.

Then, he called over his younger sister, also four, and the scenario played out all over again. She giggling and he smiling in her face.  Her quick wave to the teammate was cute and girly.  She, too, gave a five and then pranced back to join us.

I listened as our son and his teammate continued to converse. “So, they’re like your minions?!” the teammate asked, impressed.

“Yeah, pretty much. They’re my minions.” Our seven-year-old nodded his head.

As I laughed quietly, I realized how true it is.  They are his minions.

They listen to him.

And most of the time, they do his bidding.

But he also cares for them.

He helps them.  He plays with them.  He loves on them.  He gives things to them.

And when his friends are around, he introduces them with such beaming pride that you would think he birthed those two four-year-olds himself!

I didn’t think much more of that overheard conversation until later that week when I attended a Beth Moore simulcast.  She spoke on grace and law, how we often trust grace for salvation, but we fail to trust it in our everyday lives.

Instead, we walk as if still under the law, guilty and defeated, when we could be living free and victorious!  We so often neglect to embrace our identity in Christ.

At the end of the day, Beth brought our attention to the fact that we, who are in Christ, are fully accepted by God; there is nothing more or less we can do to “please” Him.  Then, she ended with a speech given to us, one phrase at a time, to repeat to a partner.

It was a speech of words about who we are in Christ, and a speech about how Jesus would present us, His sisters of inheritance.

As I spoke the words aloud to my partner, I suddenly recalled my seven-year-old’s beaming face.

Because that’s exactly how Jesus feels about each one of us, my friends!

He’s the proud big brother; in His eyes, we are something to be joyful about.

That’s our identity in Christ – that Someone is proud to have us in His family, proud to call us His own! 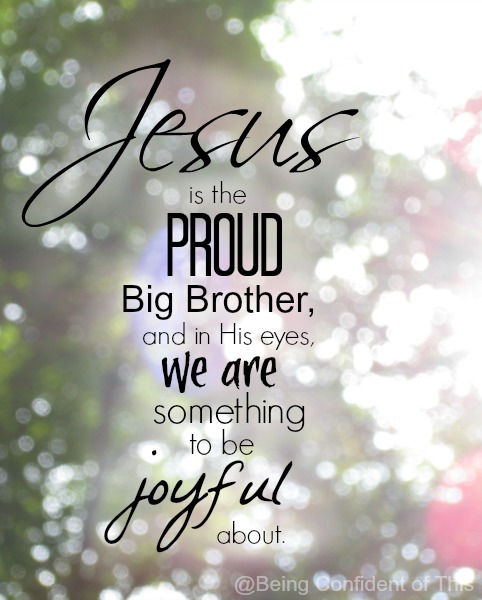 Just imagine it with me now:

With a smile on His face, He calls you to His side, slings His arm around your shoulder, and proclaims for all to hear…

Father, this is my sister.  Isn’t she great?

Look how beautiful she is!  I love her so much that I willingly gave my life for her, covered her sins in my blood.

She is infinitely precious to me, a daughter of the King.

The Father smiles back at Him and nods in agreement.

The Christ-brother holds out His hand for a celebratory five.

And the angels rejoice!

Let’s live from that identity in Christ, friends.

Because we have a proud big brother.

And His name is Jesus!

To read Beth’s commissioning prayer (and other goodies from the simulcast – like the Grace Poem), click here.

And if you’re interested in learning more about your identity in Christ, join our newsletter list of thousands of work-in-progress women who are learning to find godly confidence. We’ll send you this FREE min-devotional: 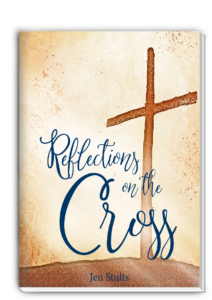