The question of where I am from has to be the most difficult question to answer when I meet new people.

I’m an MK, missionary kid. I’ve lived in Indiana, Wisconsin, Missouri, Mississippi, Pennsylvania, and even overseas in Papua New Guinea. I’ve left a little piece of my heart in each of these places, so deciding which to call my “home” is impossible!

And usually when I bring up the fact that I’m an MK, a host of other questions follow, questions that are complicated to answer in a brief get-to-know-you conversation.

The truth is that being an MK is sometimes difficult. We left the States for Papua New Guinea (PNG) when I was fourteen years old. Prior to that, we  moved every 1-2 years, so saying goodbye was a part of life, a part that certainly never got any easier. 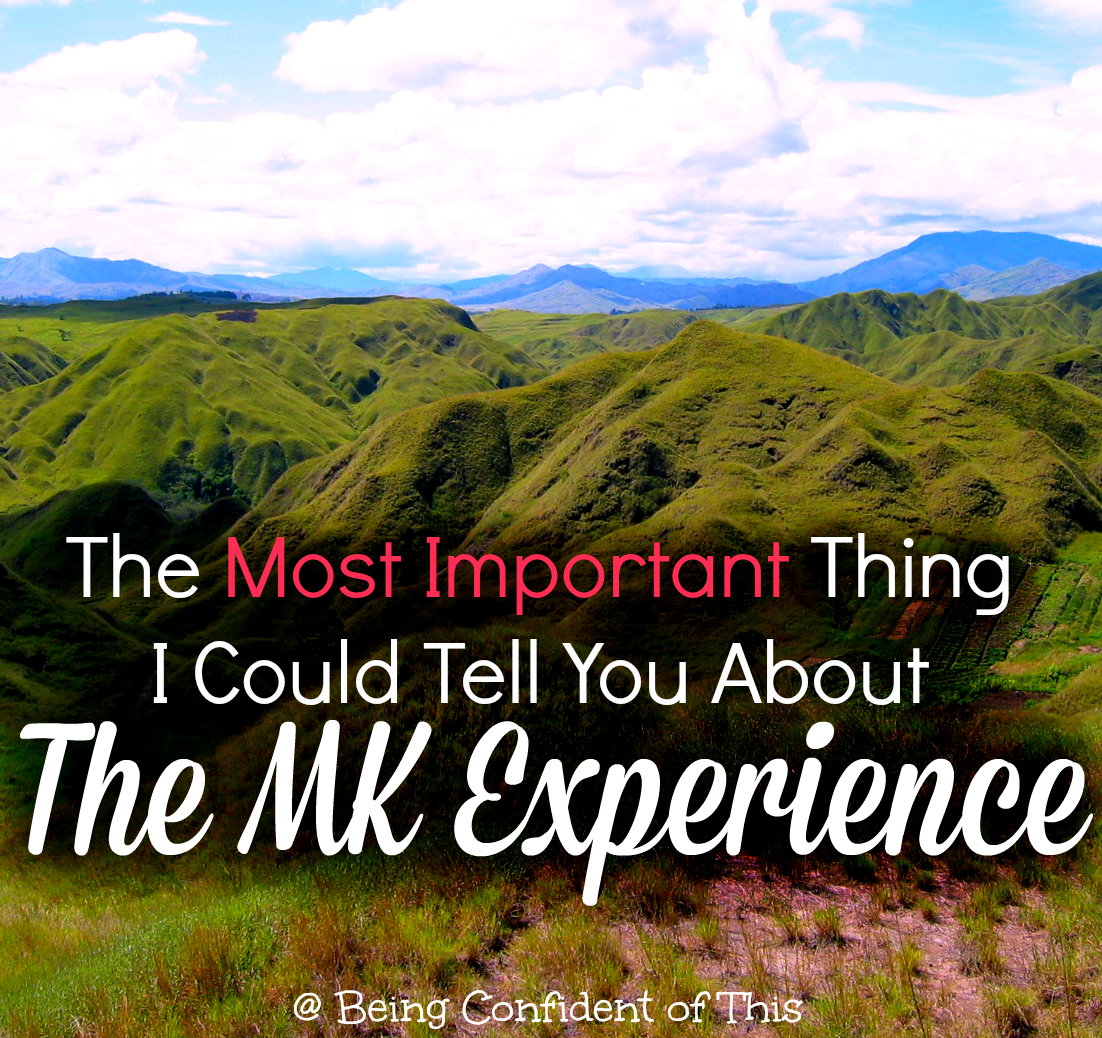 When we arrived in PNG, my siblings and I faced other trials, such as beginning at a new school, adjusting to life without modern conveniences, and handling less freedom (mainly for girls, as it wasn’t safe to walk about alone). But the hardest part? The hardest part was living apart from our parents in a family-style dorm.

Moving to a third-world country was hard enough, but add in teenage hormones and it might just be a recipe for disaster. 🙂

Making new friends at that age is always hard, but it was complicated by the fact that I was once again, the “new girl” in a school full of students who had mostly known each other all of their lives. I felt out of place and alone at first, with my parents only accessibly by short-wave radio.

But by far one of the blessings of being an MK and moving to PNG was that I attended a small, Christian school run by other missionaries. Making friends was a little easier due to the fact that most of us lived together (on the school base), played together (sports like soccer, volleyball, softball, and basketball) and went to class together.

In fact, in my case the blessings of life as an MK far outweighed the trials.

I watched my parents live out their faith in a very practical way. I also lived alongside other godly examples: teachers, dorm parents, coaches, youth leaders, and other missionaries who had devoted themselves to the spread of the gospel.  Seeing their faith in action had a profound impact on me.

Additionally, I made friends who came from all over the world – Canada, Ireland, Australia, PNG, India, England and more – and learned what living in a third world country is really like. I learned a new culture and some of a new language, two in fact!

More importantly, I saw people go hungry, both spiritually and physically, a lesson I’ll carry with me for the rest of my life.

As an MK, I also experienced quite a bit of adventure. I swam in the ocean and played on an “untouched” beach when our class traveled to a port city. I climbed Mt. Elimbari with my family and made it halfway up Mt. Wilhelm with my class, the highest in the country at an elevation of over 14,000 feet. 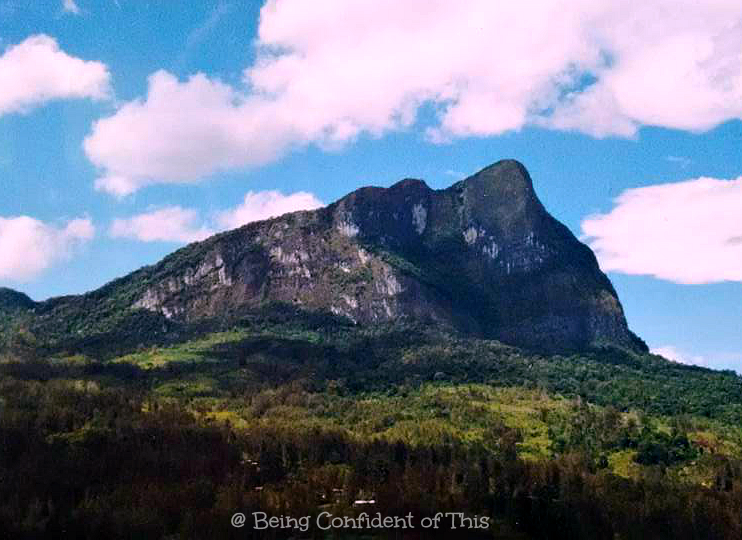 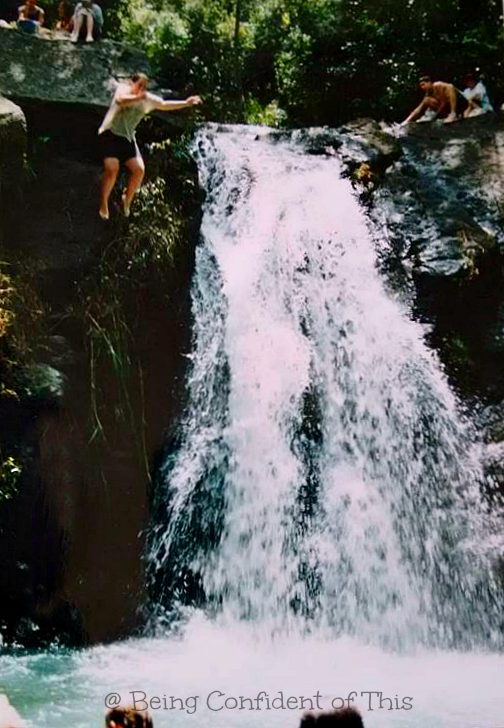 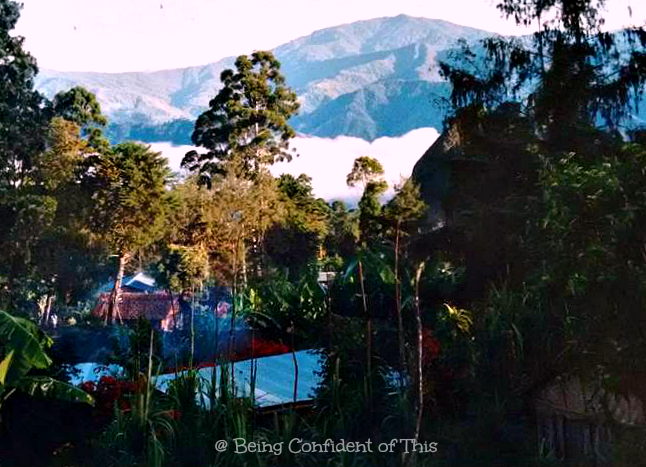 I jumped from a two-story cliff into a pool of water at Keia Falls, multiple times. I hiked in the “bush,” ate fresh tropical fruit, and attended many “mumus,” feasts cooked in a large pit in the ground filled with pork or chicken, sweet potatoes of all varieties, greens, and sometimes corn, my favorite.

During school breaks, I spent time in the tribe with my parents in our bush house – a small house of woven bamboo and pit-pit (a smaller reed) with a tin roof, up on stilts, on the side of a red-clay mountain range. The view was to die for! 🙂

Sometimes I really miss living in PNG. Life there was quieter and slower-paced. We spent little time watching our tiny tv on batter power. We spent much time outdoors, enjoying the beautiful landscape. We played a lot of board games, even by kerosene lantern, and ate a lot of stove-popped popcorn.

Certainly the most important thing I could tell you about being an MK is that I wouldn’t choose any differently, in spite of the tough times.

Because the best blessing I received during those years was better than every good opportunity I listed above.

The best blessing was an opportunity to grow near to the Lord.

During those years in PNG, my faith became real and personal to me. The Lord removed all of my comforts, everything I leaned on (including my parents), to bring me into a deeper walk with Himself. At times, He even removed my very health. But it wasn’t for naught. There was purpose in even the most painful trials.

He pursued me, all the way to Papua New Guinea and back.

He pursues me still.

So maybe the best answer to “Where are you from?” is to simply say:
I’m an MK, so I’m from all over the place!
I don’t have just one home; I have many.
But I know Who I belong to.
And He’s been faithful all along the way!

“Your lovingkindness, O Lord, extends to the heavens, Your faithfulness reaches to the skies.”  Psalm 36:5

This post has been published in The Missional Handbook by Rosilind Jukic.  If you have any interest in missions, this book contains a wealth of information from a variety of perspectives (affiliate link).

Sharing with: The Loft, Make Your Home Sing Mondays, Tell It To Me Tuesdays, Tell His Story, Wholehearted Wednesdays, Grace and Truth