Imagine waking up every morning, trudging out to your backyard, and building a fire to offer a burnt sacrifice on a stone altar placed there.

You head back out again later in the day when you choose self over others, and again after that unkind thought, and again after snapping at a loved one. In and out of the house, offering sacrifices for sins committed throughout the day – it’s an exercise in futility.

Today we would call such behavior crazy, wouldn’t we?

Of course we would because we no longer offer burnt sacrifices like the Israelites did in the Old Testament …or do we?

Earlier this week, I read these words:

Every priest stands daily ministering and offering time after time the same sacrifices, which can never take away sins;   Heb. 10:11

“Daily,” the priests stood at their posts; “time after time” they offered the “same” sacrifices for the same sins.  Such repetition calls attention to the never-ending nature of their tasks.

The Bible Knowledge Commentary explains that at the time the letter to the Hebrews was written, the Jewish Christians continued to offer sacrifices at the temple.

For those who believed in Christ and His resurrection, such offerings should have been rendered meaningless by His atonement as the final sacrifice.

So, why were they still trudging back and forth to the altar of sacrifice, so to speak? 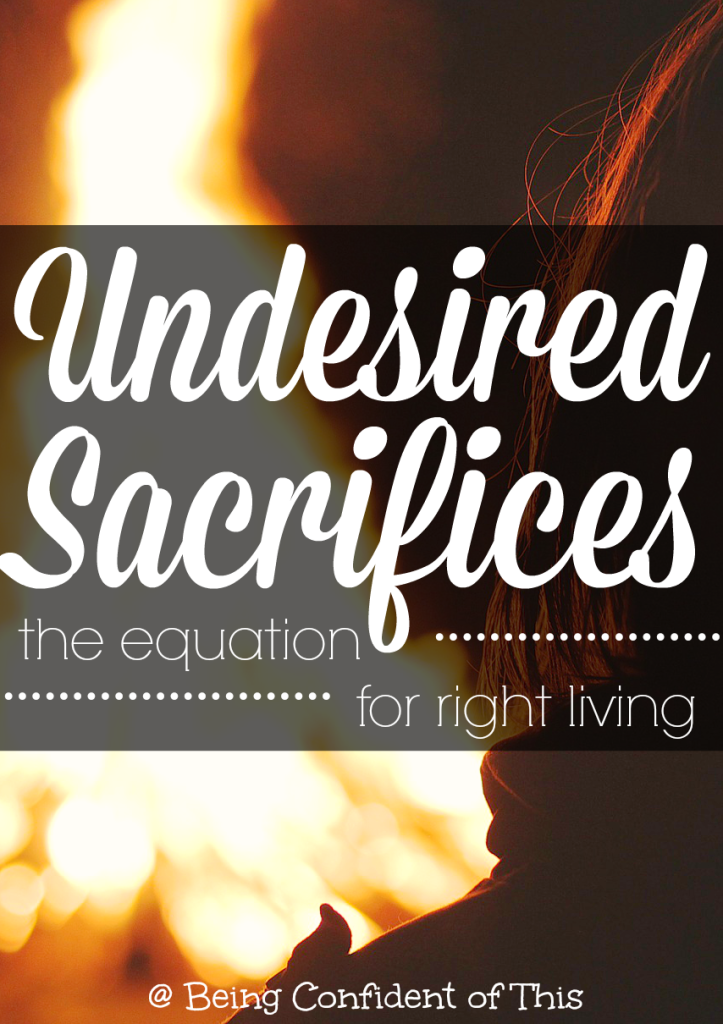 They knew of the gospel, the good news that abolished the old system and established a new covenant built on the cornerstone of Grace, but they struggled to let go of their old ways.

At first glance, I was tempted to think, how silly of them – they’re doing so much work and it’s all meaningless!

But lately the Lord has been opening my eyes to an alarming truth: I sometimes offer my own daily sacrifices, often without even realizing it.

Just think about it for a moment.