If marriage is a gift from God, then why isn’t it easier? Have you ever asked this question? From little-girl dreams of white walking down the aisle to grown-woman desires to build a life together, most women have pretty high expectations when it comes to marriage. After all, we’ve been trained to expect a “happily ever after” ending to the search for a perfect mate, have we not?

So what hope can we have when our deepest desires for a healthy marriage seem so far from reality?

We need a game plan – no, a battle plan – because whether you realize it or not, fellow wife, you are in a war for your marriage. The enemy of our souls would love nothing more than to ruin the union God has given you!

Follow these tips for surviving (and even thriving!) the tough marriage moments:

1. Stand firm in God’s truth by resisting the enemy’s lies about your marriage!

So often women feel shame over marriage issues, whether those issues are a result of their own sin, their husband’s sin, or both. This is perhaps especially true in Christian marriages because we have that deep desire to be the godly wife we know God wants us to be.

Because we’re ashamed, we hide our problems from others by putting up a good front. We begin to believe the lie that we’re alone in our suffering. It’s the oldest trick in the book, dating all the way back to the Garden of Eden; the Enemy uses it often.

In those early years, I felt so alone and ashamed that my marriage wasn’t all I thought it would be. I feared I was doing something wrong as a wife, and that’s why we were having troubles. I assumed that other marriages were much stronger, better than ours.

If only I would have brought those lies out into the light sooner! I could have avoided so much lonely heartache. The battle plan for Christian Wives begins with truth!

2. Stand firm in God’s faithfulness by remembering His character!

In the midst of real pain and suffering, we quickly forget who God is and what He is capable of, much like the Israelites in the Old Testament.

How often did they grumble and complain (and sometimes outright rebel) just a short time after God had rescued them? He rescued them from Egyptian slavery, but they were thirsty. He gave them manna from Heaven, but they wanted meat.

We often suffer from that same forgetfulness, friend, yet God is faithful. He is true to His own character, and He comes to the aid of His people time and again even when they don’t deserve it.

You serve a God who is still in the business of redeeming marriages. If you are wondering how to fight for your marriage, begin by…

*Join me over at the Hope for Marriage online event, hosted by my friend Tiffany Montgomery of HopeJoyinChrist.com to read the rest of The Battle Plan Christian Wives Need AND be sure to enter the giveaway for my devotional book, Being Confident of This! 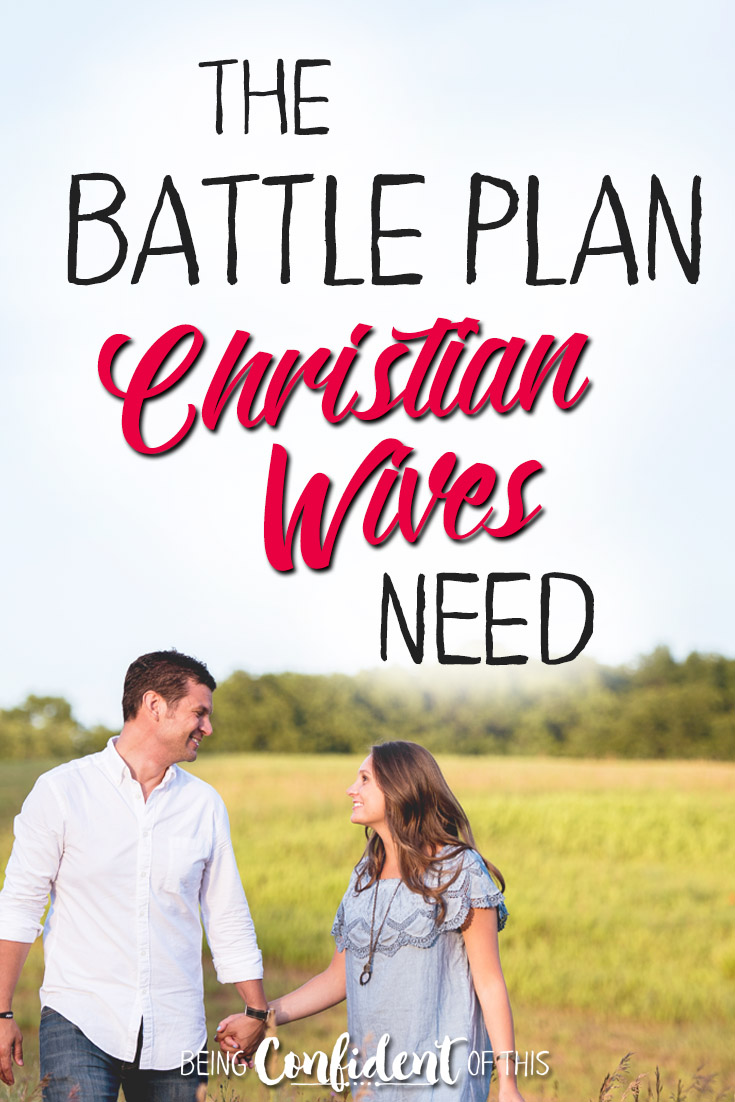 For more help for tough times in marriage, visit this page!

**This page contains affiliate links. For more information, please visit the About page. Thank you for supporting the ministry of Being Confident of This!