It’s every parent’s worst nightmare – losing connection with a child during those tough tween and teen years.  We see them making choices we don’t like, but they’ve isolated themselves to the extent that we no longer have room to speak into their lives.

How do we avoid this mistake?

How can we keep tweens and teens engaged in the family dynamic so that they stay rooted and connected?

How do we encourage independence without encouraging isolation?

I spent many years working with teens while my husband was a youth pastor, and I’ve noticed that those with healthy family dynamics seem to weather these turbulent years with much more ease. So when our own children reached the tween and teen years, we decided to be intentional about maintaining that healthy family dynamic!  Here are a few of our strategies.

8 Ways to Keep Tweens and Teens in the Family

1. Keep up the bedtime hugs and I-love-yous through those awkward tween years.

I remember around the age of twelve or thirteen thinking I was too old for bedtime hugs. So, I started saying goodnight from the doorway of the living room rather than going in to hug my parents.  This continued for several months until I began to miss those hugs. But by then I felt stuck.

Fast forward a few decades and I find myself in the same situation with our two oldest boys, one sixteen and the other ten.  Because we were intentional about asking our sons for hugs goodnight, our sixteen-year-old man-cub continues to do so. The ten-year-old imp is a little more reluctant, but he usually relents with a grin. Since I know he’s not the huggy type, I keep it brief for him.

As parents, we have to intentionally set aside any awkwardness in order to embrace our tweens and teens.

If we begin to act shy or awkward about hugging for real, then our tweens and teens will sense that and hold back, too.  But they still need those hugs.

We set the tone.

2. Guard the hearts of your tweens and teens by setting family rules for electronics, internet access, and phones.

We do this in our family in three practical ways. First, we limit the amount of time they are allowed to spend on personal devices such as ipods, Nintendo DSs, computers or tablets, and so forth.

Second, we have a rule that such devices…

To read the rest, follow me over to my friend Rebekah’s blog, Sharing Redemption’s Stories by clicking this link or the picture below. 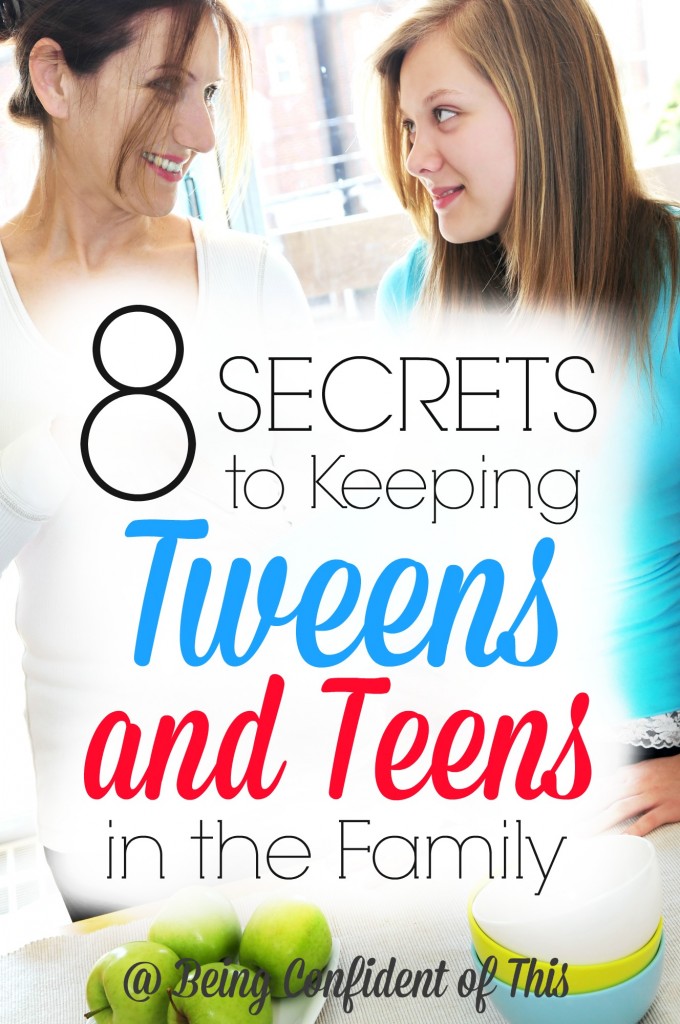