As I said the word aloud, my husband immediately responded with “He who has ears, let him hear.”

It’s a phrase repeated often in the New Testament by Jesus himself as He preached and taught.  As soon as he said it, I knew I would have to look it up in my new keyword bible to gain a better perspective.

Of course, looking up Greek roots is probably totally breaking the five minute friday rules and spirit, but I felt compelled, because when I heard the word listen, I immediately thought – I haven’t been listening. 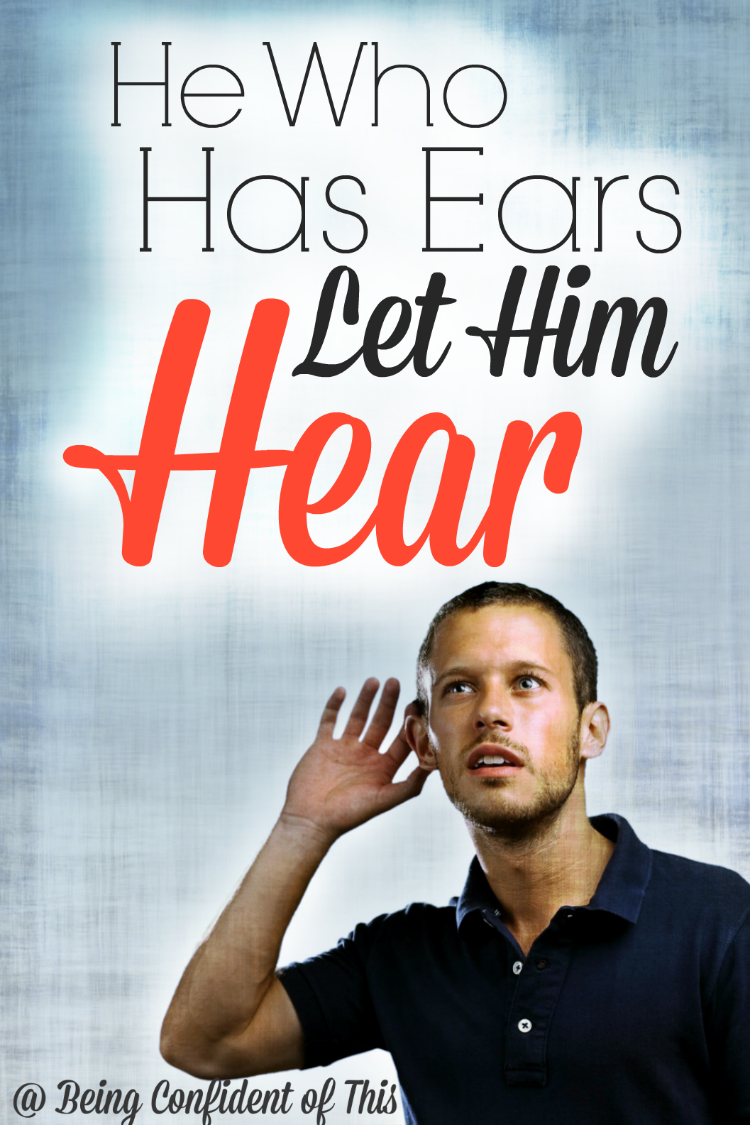 Then I thought of my children: how they frustrate me when I’m trying to get their attention and they act as if they haven’t heard.

I thought of how patient God is when I act like I haven’t heard.

So, I wanted to know more about this phrase: He who has ears, let him hear.

A quick search revealed that this phrase appears six times in the gospels and usually in the context of a teaching moment, whether with a large crowd or with his small band of followers, the disciples.

In its primary sense, it means to hear as in to “perceive with the ears,” but other connotations include to listen, as in “to give ear to,” to pay attention to.  Even more, the word akouo also implicates “to give heed, to obey.”

Furthermore, just as I expect my words to propel my children to action, so He expects His words to result in active obedience.

To hear is to listen; to listen, to learn; to learn, to obey.

He who has ears, let him hear!

It’s time for another Five Minute Friday! 🙂  I’ve really loved participating in this challenge as it stretches me as a writer.  Writing for five minutes with little to no planning and no editing frees me to just write, just let the words come forth on their own.  No over-thinking, no second-guessing.  I’m enjoying that freedom quite a bit!