I’m sure sometime within the last week or so, you’ve read a facebook meme or social media post along the lines of “Don’t judge me.” It’s a relatively popular way to shut down any form of disagreement with any person’s lifestyle choices.

Unfortunately, being a Bible-believing, truth-defending, Christ-follower is no longer popular even in many Christian circles.

Somewhere along the line, some of us Christ-followers have become so conformed to this world that we are afraid and/or unwilling to take a stand on issues that the Bible clearly addresses.

Some believers even go so far as to throw their total support behind worldly ideology, political correctness, tolerance  – whatever you want to call it – and then condemn their fellow believers for being judgmental, close-minded, or intolerant.

We are not accustomed to being labeled (dare I say “judged”?) by those who should be our support.

How warped is it that Satan has convinced some of us that simply standing on the truth of God’s Word is being judgmental, and is therefore wrong and un-Christian?

Allow me to clarify: the Bible does speak strongly against judging others and becoming self-righteous. We are all familiar with the words of this verse that is usually taken out of context:

And of course the following verses in this passage that reference the plank and the speck, and so on. 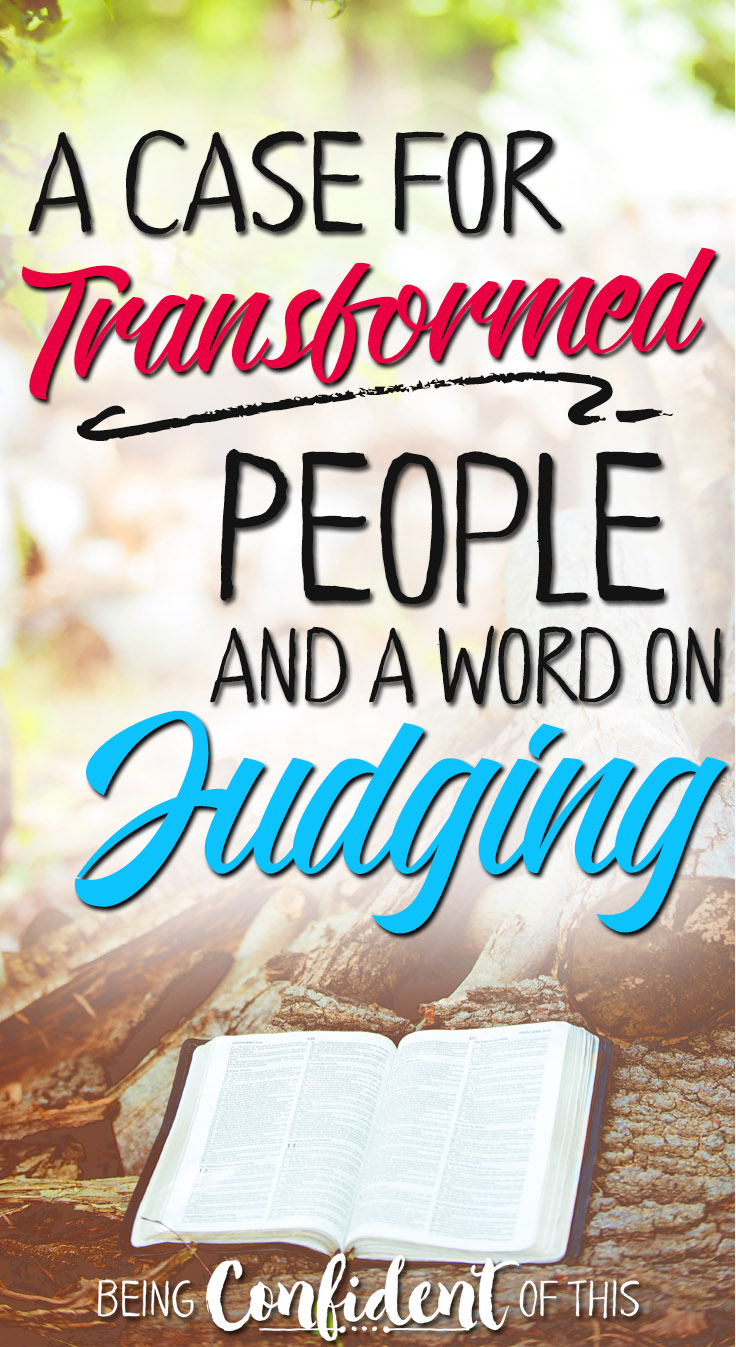 However, those who quote the verse above often fail to mention the remainder of that chapter. From verse 13 of this Matthew passage and beyond, much more time is spent addressing the fact that the gate to Heaven is narrow, and not all who call themselves Christians will enter it (v. 21)!

For a chapter that starts off with “Do not judge,” it turns out to be what the world would call pretty judgmental.

Yet only God can rightly see, and therefore judge, the motives of the heart. Therefore, we should not pre-occupy ourselves with the sin of others; rather we should be busy dealing with our own sin.

At the same time, God also calls us to be transformed by the renewing of our minds and to be bold in our witness as transformed people.

How then do we confront in truth and love while avoiding acting like a Pharisee?

How do we uphold God’s Word without incorrectly “judging?”

Unfortunately, so-called Christian extremists (like Westboro Baptist Church) have often given others good reason to cry “foul.” Their hatred toward sinners has given Christian living a bad name.  Furthermore, we often see Christian brothers and sisters actively ridiculing those with differing beliefs on social media, adding to the world’s negative perception.

While I fully support upholding God’s Truth, when we haughtily share truth with a sarcastic turn of phrase, a witty cartoon, or a picture that belittles others, we end up conforming to the world and looking just like it.

How can we then be salt or light to a world that is in dire need of God’s truth?

I believe Satan has seized hold of this shame over others’ behavior. He uses it to confuse believers (as well as the world!) and convince many of us that upholding God’s truth is wrong in and of itself, when the reality is that the fault lies in the method of delivery.

We have only to study Christ’s example to see how he gently revealed truth to people, often with a single phrase or sentence (“Go and sin no more.” Jn. 8:11), and always while caring for their needs, whether physical or spiritual.

Jesus did not skirt sin issues, neither did he humiliate the lost.

And when it comes to believers who are mired in sin, the Bible makes a clear case for confronting fellow Christians in the hopes of restoring them into right relationship, too.

“If your brother or sister sins, go and point out their fault, just between the two of you. If they listen to you, you have won them over.” Mt. 18:15

We must follow Christ’s example in our efforts to live as transformed people.

When the Bible speaks clearly on issues of right and wrong, we are called to uphold God’s Truth with – and this is the key – both love AND respect.

Is it wrong to bully others into sharing our beliefs?  Yes!

Is it also wrong to be silent on issues that the Bible clearly addresses?  Yes!

Why then have we allowed the world, the Great Deceiver, and even fellow Christians to tell us that it is un-Christian-like to uphold Christian beliefs? Ironic, isn’t it? 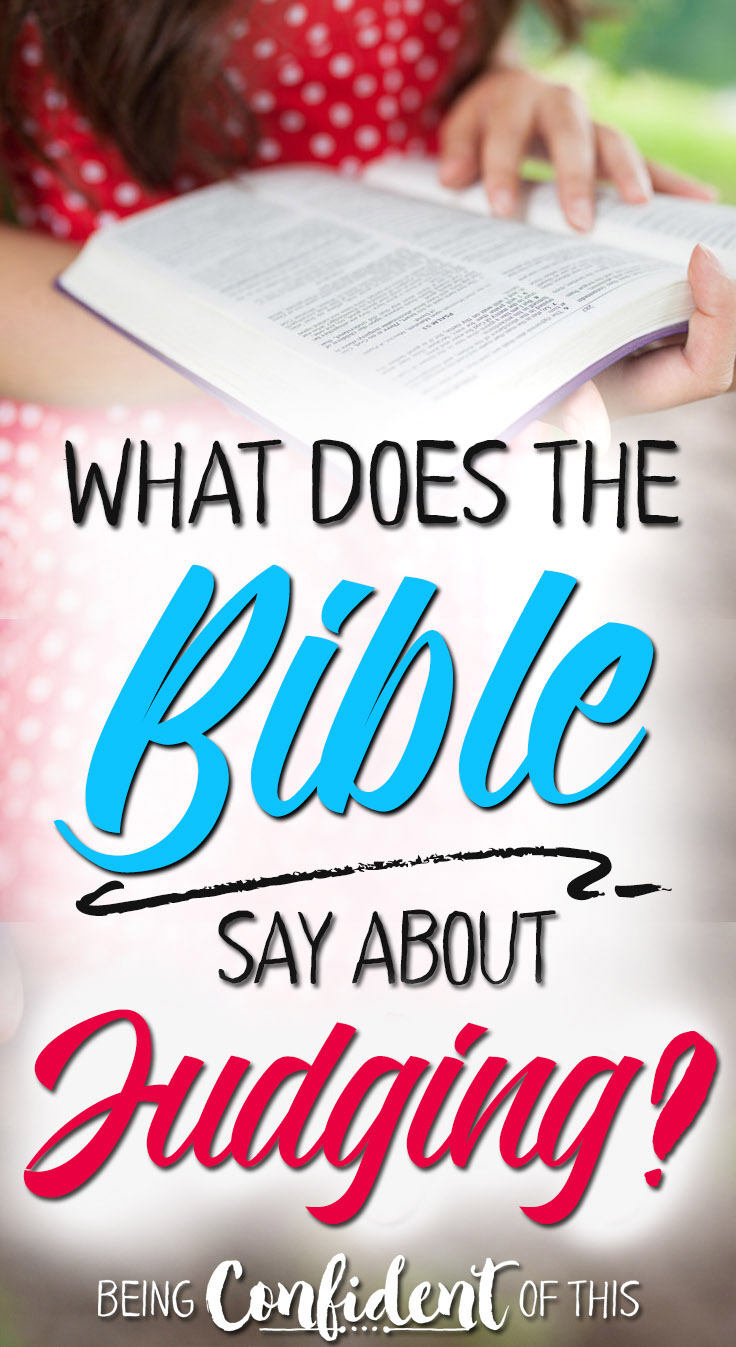 My purpose is this: consider carefully how your life and your actions or statements appear to others (especially in regards to social media). Do they see a difference in you?

Are you being transformed by Christ, or are you choosing to conform to the world?  There is no middle ground!

We cannot claim the power of a risen Savior while simultaneously dismissing His written Word, for if His Word is somehow untrue, then He cannot possibly save us!

I recognize the risk in voicing the unpopular Biblical perspective on many current issues, but then Christ wasn’t all that popular with the worldly and falsely religious leaders of his day, either.

You may lose friends.

You may even be judged by the very people who accuse you of “ being too judgmental.”

Have the courage that Paul wrote of:

“But whatever were gains to me I now consider loss for the sake of Christ. What is more, I consider everything a loss because of the surpassing worth of knowing Christ Jesus my Lord, for whose sake I have lost all things. I consider them garbage, that I may gain Christ and be found in him…” Phil. 3:7-18

If at the moment you find that you’ve been conforming to the world (and haven’t we all at some point or another??), remember that God’s grace is immediate and His power to provoke change in us is immeasurable.

On the other hand, if you are already actively trying to live out a transformed life, take heart. You are not alone!

I encourage you to look to God’s Word and the Word alone to form your opinions and allow the Holy Spirit to transform your thinking.

4 questions to ask before sharing a “truth” statement via social media: 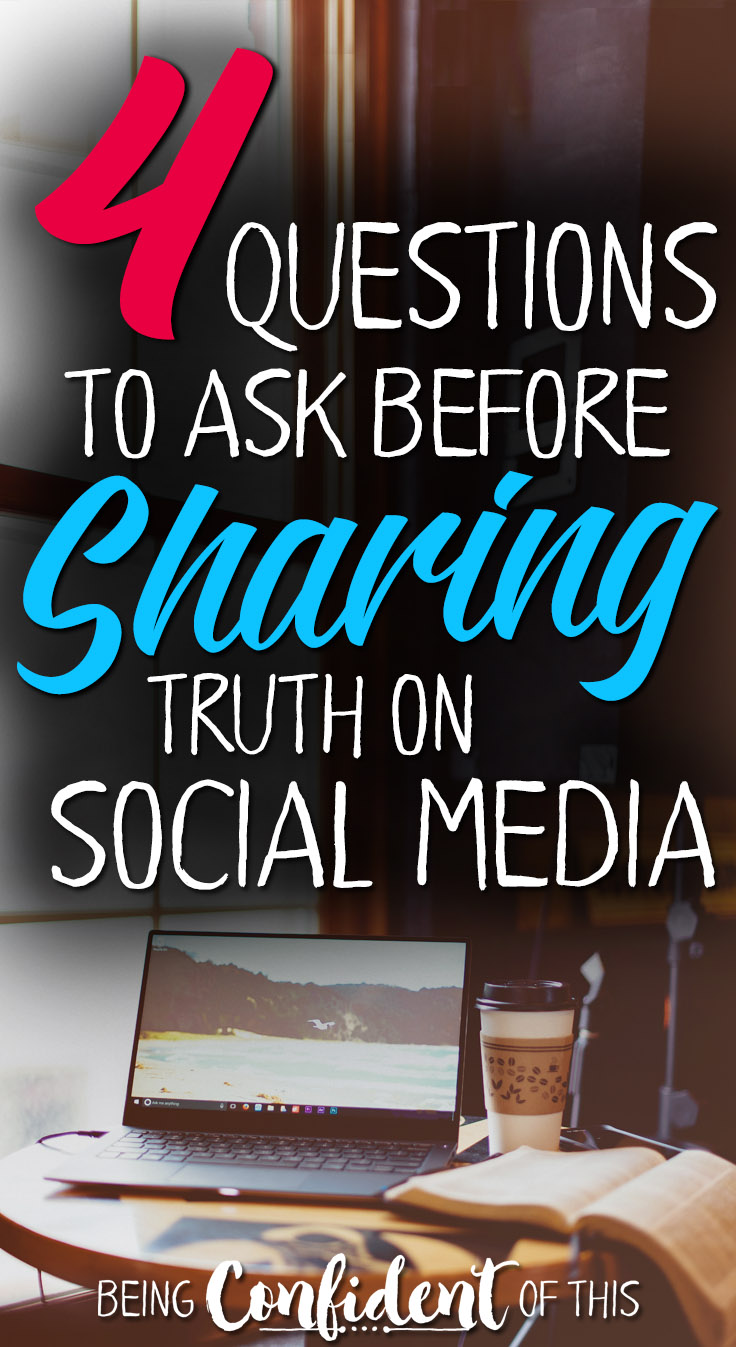 Telling the truth in grace and love is such a delicate balance to achieve, but as Christ’s image-bearers, we must work toward that balance!

We have amazing technology and a unique opportunity to show the world what Christ-like love truly is, so let’s allow Christ’s love to shine through us without diminishing the light of His message.

Because of His love,

Sharing with: Salt and Light