It happens every time I see his name neatly typed out on mail from colleges: my throat begins to ache as I blink rapidly to stem the pending flow.

He’ll be our first to leave the nest just as he was the first to be birthed, and this year marks the beginning of that long, painful goodbye that I wish to avoid altogether.  Couldn’t time just stand still for a year or so?

Why does the letting go hurt so?

Knowing our time is limited taps into a grief that never quite left me after my years growing up as an MK (missionary kid).  My tendency is to just shut it out, pretend like it’s not happening, find comfort in denial, because that’s what I did for so many years without even realizing it. It’s easier to cut ties than to live with loss, after all.

But hiding away from loss means missing these bittersweet moments where pride and joy collide with that heavy sense of the approaching goodbye. If I let go of one, then I must let go of the other, and I don’t want to miss the joy of witnessing our firstborn take flight. 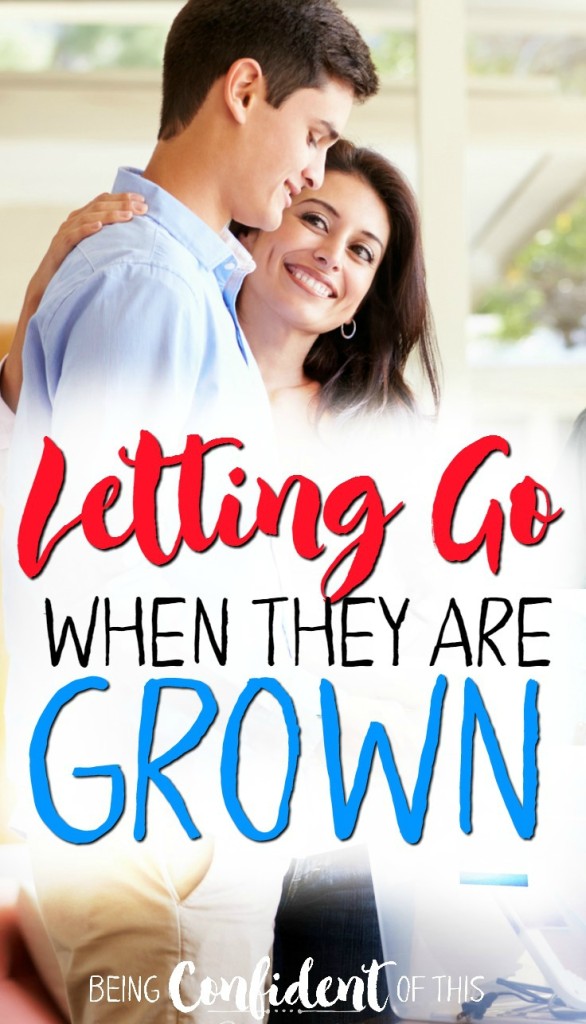 We’re losing little bits of him already in this, his junior year. He works hard at his high-level classes, and spends time on quite a few extra-curricular activities. Some nights we don’t even see him until after his younger siblings go to bed.

There’s this fierce, nearly primal, part of me that desires to cling, to hold him back, to draw my proverbial apron strings tighter. On the other hand, my more rational side recognizes that this is good, that he thrives on new-found independence, and that I was doing much the same at sixteen years of age.

And oh, have we been blessed with this boy, no…. this young man now. He’s been a firm yet gentle leader for his younger siblings, always encouraging them to do right. He loves the Lord and often willingly bears the burdens of others. He is slow to anger and respectful of authority. He’s not embarrassed to use his gifts for the Lord’s glory, either, not like I was at sixteen.

I admire his resolve and his confidence in who he is in Christ.

We really couldn’t have asked for an easier teenager, not that there haven’t been bumps in the road, but he’s never derailed.

I know I have to let go of my claim on him, for he was never mine to begin with, was he?

Why must letting go be so insanely painful?

It’s not that I don’t trust the Lord with my boy, I do. I know our Father has great plans for his future that I can only begin to imagine.

It’s not that I’m worried about who this young man will become because I already see hints of Master Potter’s hand at work, and I’m thrilled with the molding and shaping taking place in our young man right now.

The letting go hurts because the love is deep and real, and it’s had nearly seventeen years to grow in this body of mine that was once overtaken by his tiny life growing in me.

The letting go hurts because he is me in so many ways and his father in so many others.

The letting go hurts because somehow it feels like our family of six will never quite be the same again, as if this year is the catalyst for a chain of events that will forever alter the fabric of not only his life, but our lives, as well. One part of us will always be missing.

The letting go hurts because this mothering has become so entwined in my own identity that it feels as if a small part of me is slowly dying inside. I know my son will always need me, but not in the same way that he needs me now.

I suppose I expected to be used to it by now, this slow loosening of pieces of myself. After all, we’ve been experiencing firsts and lasts for over sixteen years on this wild yet exquisite journey we call parenting.

But somehow, these firsts and lasts feel so different. So final.

I know the letting go will hurt.

The best comfort I have is knowing that our Father God once let go of a Son, too.

Our Great High Priest understands. He knows what is best.

I believe He will bring joy from this pain just as He brought joy from the pains of childbirth all those years ago.

For now, I will rest in that truth.