Today is Inauguration Day for our new president Donald Trump. Some celebrate while others weep. I’m not here to say which camp you should find yourself in as a Christian because I’m honestly not sure how to feel myself – perhaps concerned yet hopeful best describes today for me.

Friend, whatever feelings you are experiencing, know this – we Christ-followers have a job to do. The election of 2016 showed all of us, whether republican or democrat or independent or undecided, that America is deeply divided and susceptible to a fall from within. Even now, on this Inauguration Day, we see the division, the disunity that plagues our country.

But what we really need isn’t another political post.

No, what we all really need is a call to prayer because our best hope doesn’t lie in the hands of any president, past, present or future. Our best hope lies in the Lord alone, the God who sets up kings and kingdoms and also tears them down, the God who directs a king’s heart like He directs streams of water (Prov. 21:1).

Fellow Christians, take heart in these words from 2 Chronicles 7:13-14:

“When I shut up the heavens so that there is no rain, or command locusts to devour the land or send a plague among my people, if my people, who are called by my name, will humble themselves and pray and seek my face and turn from their wicked ways, then I will hear from heaven, and I will forgive their sin and will heal their land.”(NIV)

When the Lord brought this passage to mind yet again today, I was curious about the context of it. What was going on with the Israelites when He offered them this promise? 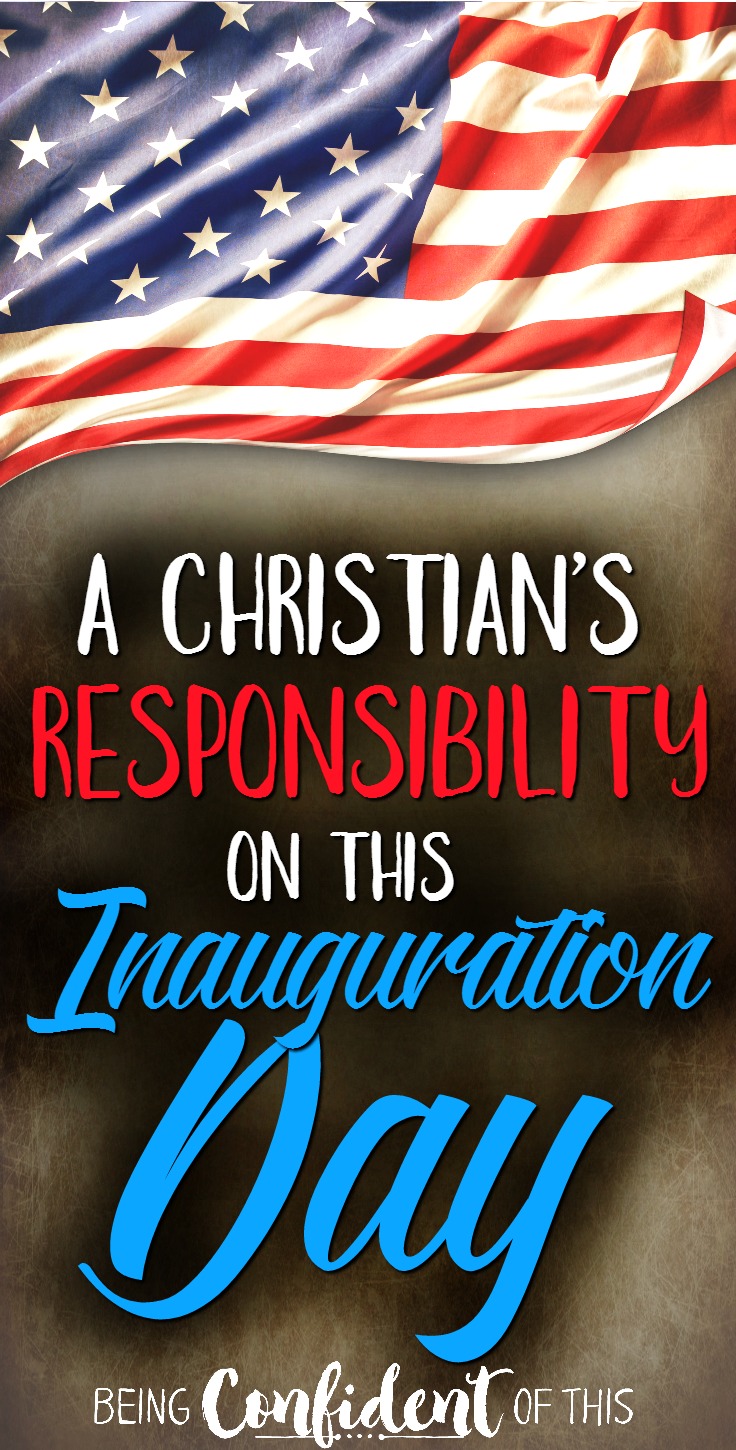 In 2 Chronicles, we read that it was the day of the dedication of the temple, an Inauguration Day of biblical proportions. Solomon was leading the nation of Israel in a week of celebration during which the very glory of God descended into the temple, and the Israelites worshipped Him with praises and sacrifices.

The Lord God gave these words to King Solomon in the evening immediately following the final day of that week-long celebration. Imagine,  Solomon in the cool of the night, ready for rest. Imagine the glory of the Lord before him and this promise for tough times – that if God’s people would humble themselves and pray and walk in His ways, He would raise them up and heal their land.

We’ve likely heard these words before, but did you know that this promise is also followed by a sharp warning?

“But if you turn away and forsake the decrees and commands I have given you and go off to serve other gods and worship them, then I will uproot Israel from my land, which I have given them, and will reject this temple I have consecrated for my Name. I will make it a byword and an object of ridicule among all peoples.  This temple will become a heap of rubble. All who pass by will be appalled and say, ‘Why has the Lord done such a thing to this land and to this temple?'” (NIV)

Just as the Lord warned, over four hundred years later Solomon’s temple was destroyed, a result of Israel’s continual sin and rejection of God’s ways.

Friends, we stand at a crossroads today.

The health and safety of our nation, our leaders, our churches, our communities, even our families, depends not only on our new president but on us as a nation of people who have a choice: will we humble ourselves, repent, and choose to follow God, or will we decide that we know what’s best for humanity, forsake our Creator, and bring destruction on our land?

We don’t need another political post or any more of man’s wisdom. No, what we really need is a call to prayer!

“I urge, then, first of all, that petitions, prayers, intercession and thanksgiving be made for all people— for kings and all those in authority, that we may live peaceful and quiet lives in all godliness and holiness.” 1 Tim. 2:1-2 (NIV)

Fellow Christian, whatever your opinion is of President Trump, let’s bow low before the Lord today and humbly confess our own sin. Let’s beg the Father for healing for our land. Let’s put our trust where it belongs, not in presidencies but in the God of the Universe.

That’s our responsibility this Inauguration Day.

Will you join me?

Sharing with: Grace and Truth