I have a little confession to make:  I am afraid to fail, to look a fool.

Recently I realized I’ve been afraid to get excited about our church plant opening in less than two weeks.  Yes, me, a church planter’s wife. Afraid.

It all sounded so exciting back in the beginning and even leading up to the planning for our opening Sunday. But as the time draws nearer, I feel that familiar fear creeping up on me. What if we fail?

You know that fear, don’t you, friend?

Often we fear to take important steps forward in God’s plan for our lives because we might end up looking foolish if things don’t work out the way we think they will.

So we remain paralyzed, stuck.

I believe it’s the enemy’s favorite tactic when God’s people set out to serve and obey Him.  If he can overwhelm us with fear, then maybe we’ll freeze in place or start stepping backwards instead of forwards. Maybe we’ll even turn around, tuck tail, and run like Jonah in the opposite direction.

Maybe we won’t want to be fools for Christ.

But what the enemy doesn’t want you to know is that no effort is wasted when it is done in the name of the Lord. There is no such thing as failure in God’s economy when we walk forward in obedience!

Let us not lose heart in doing good, for in due time we will reap if we do not grow weary. Gal. 6:9 NASB 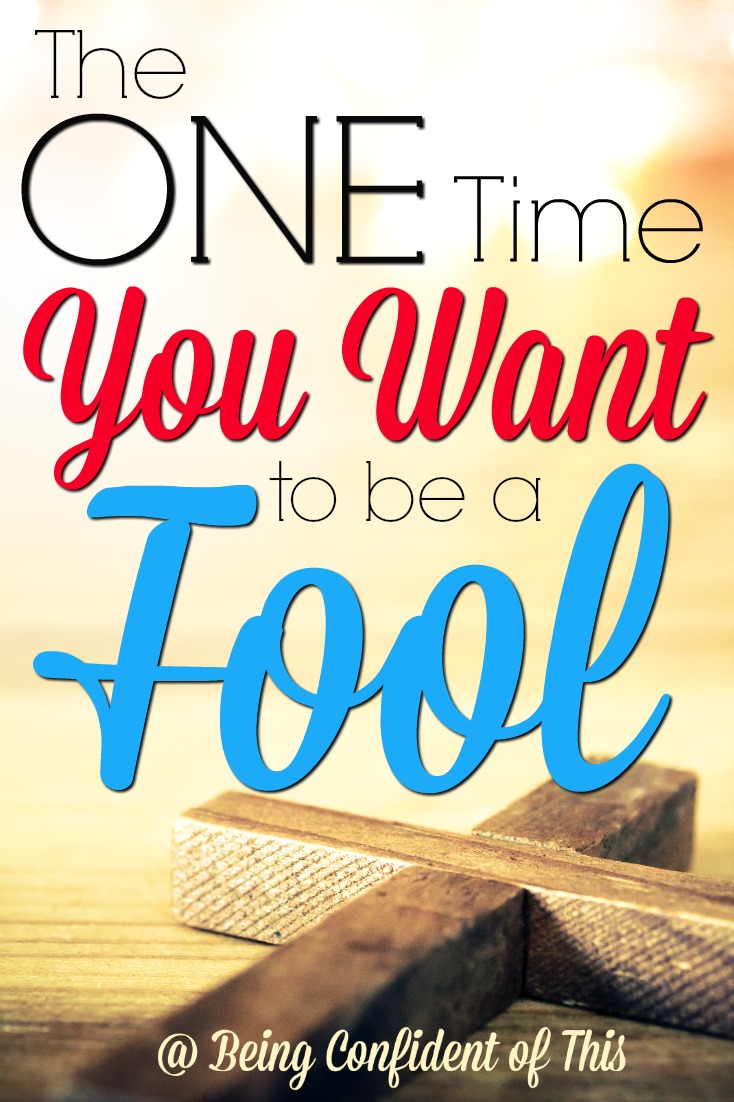 Consider these biblical “fools for Christ”:

Abraham sacrificed security and uprooted his entire family with no final destination in mind, then became the father of nations.

While building the ark, Noah preached for 100 years with zero converts, but his family was saved.

Daniel spent the night in the lions’ den, risking death rather than giving up prayer and changed the law of the land. Shadrach, Meshach, and Abednego walked into a fiery furnace rather than bow to an idol and influenced the heart of the King of Babylon.

Mary faced a world of scorn for the miraculous conception of the child within her, yet she gave birth to the Son of God.

And consider Jesus, King of Kings and Lord of Lords, who had every right to strike his enemies dead rather than suffer on the cross for us.  Even as he strained for breath, those around him taunted:

And the people stood by, looking on. And even the rulers were sneering at Him, saying, “He saved others; let Him save Himself if this is the Christ of God, His Chosen One.”  Luke 23:35 NASB

If Christ Himself was willing to look the fool for laying down His own life, why are we so hesitant to do so when laying down ours?

Why am I afraid to look a fool for the sake of His call?

My own stinkin’ pride.

I’m learning that I’ve got to get over that silly pride issue if I want to be an effective servant of the Lord.  And you need to, also, friend.

This quote from recently departed Justice Scalia really speaks to me:

“God assumed from the beginning that the wise of the world would view Christians as fools … and he has not been disappointed. … If I have brought any message today, it is this: Have the courage to have your wisdom regarded as stupidity. Be fools for Christ. And have the courage to suffer the contempt of the sophisticated world.” 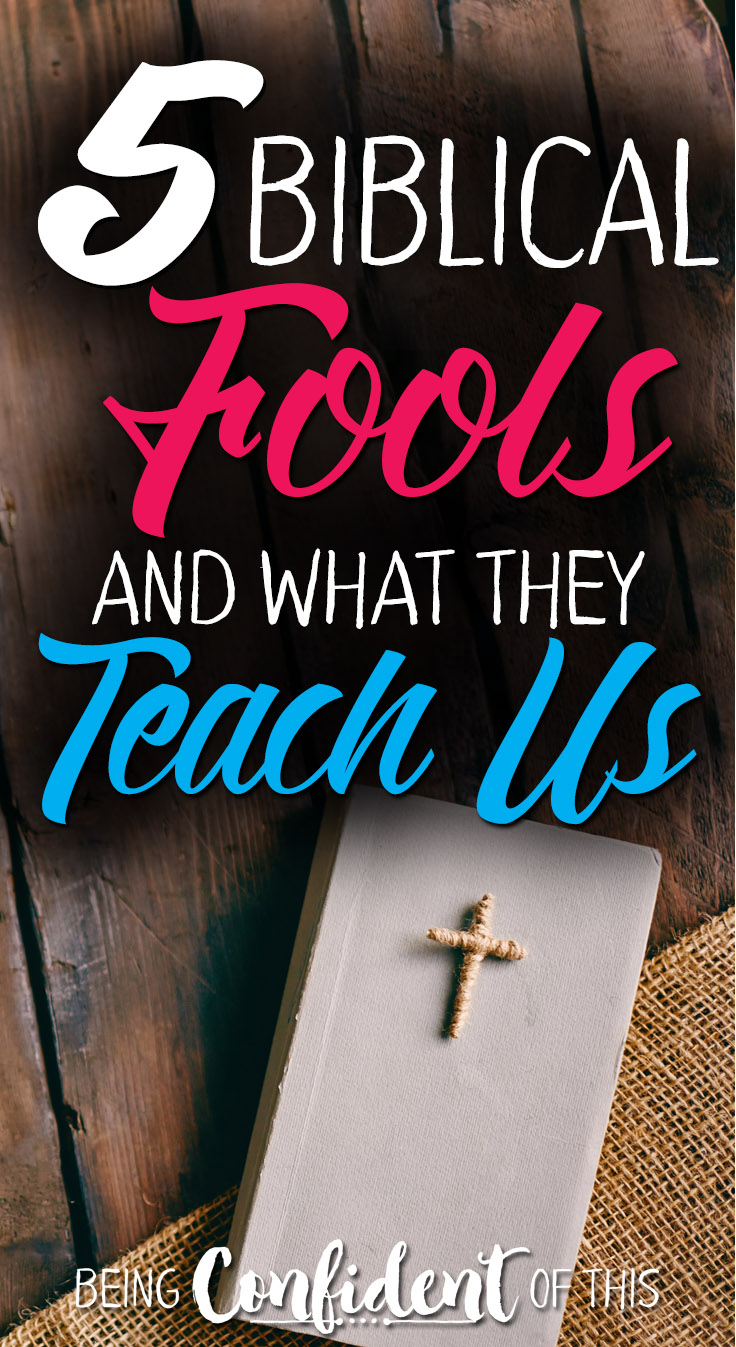 Pride is the enemy of Courage.

If we want to be courageous, we must be willing to put our pride at risk, yes?

Listen, friends, maybe we can’t all have the influence of men like Abraham or Justice Scalia, or women like Mary, but we can all be everyday fools for Christ.

We can be fools for Christ by…

We can be fools for Christ in a million other ways by simply following Him moment by moment, day by day.

“He is no fool who gives what he cannot keep to gain that which he cannot lose.” Jim Elliot 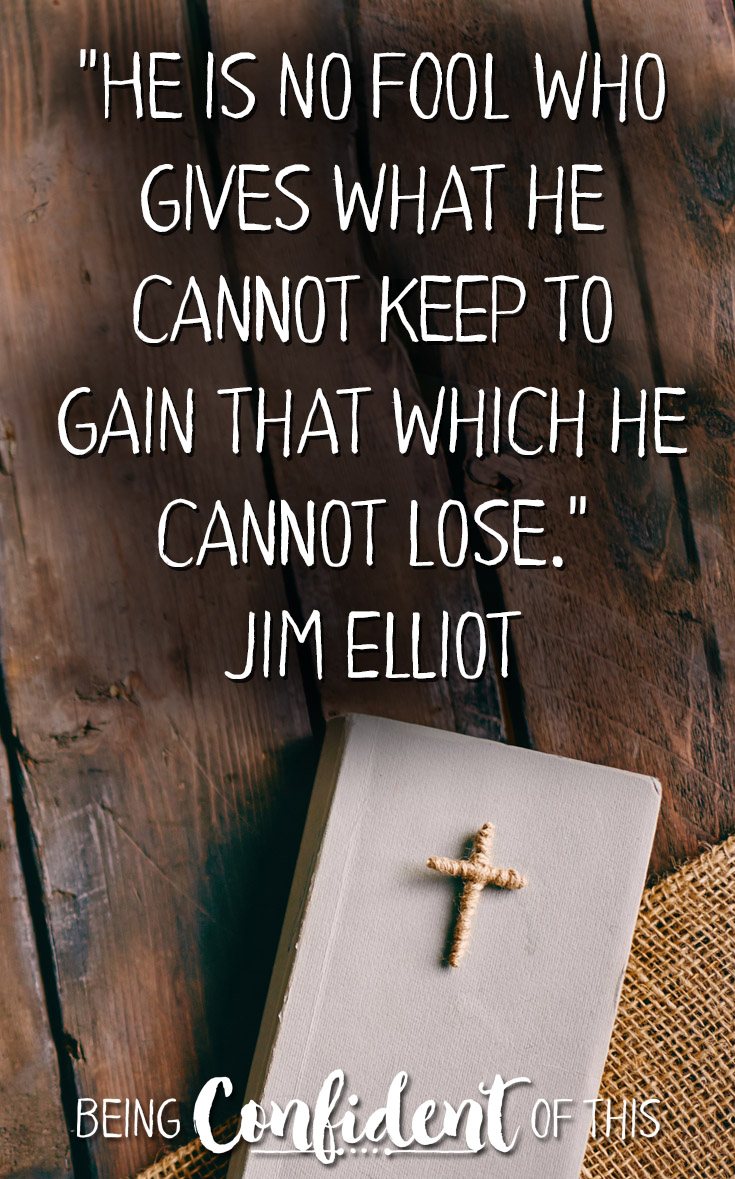 We can leave jobs, and homes, and families, and possessions, all for the sake of Christ and count it as gain! We can look naysayers in the eye and say with confidence, “I aim to follow the Lord – that’s the best I can do.”

“But whatever things were gain to me, those things I have counted as loss for the sake of Christ. More than that, I count all things to be loss in view of the surpassing value of knowing Christ Jesus my Lord, for whom I have suffered the loss of all things, and count them but rubbish so that I may gain Christ…” Phil. 3:7-8 NASB

Don’t be afraid to lay down your life like a fool no matter what anyone else has to say about it because the rewards are both now and for eternity.

What is it that the Lord wants you to do for Him?

Be fools for Christ!

Sharing with: Tell It To Me Tuesdays, Wholehearted Wednesdays, A Little R & R Wednesdays, Grace and Truth