It’s that time of week again! Meet you in the link-up?
Jen 🙂

The Loft is open, come on up! 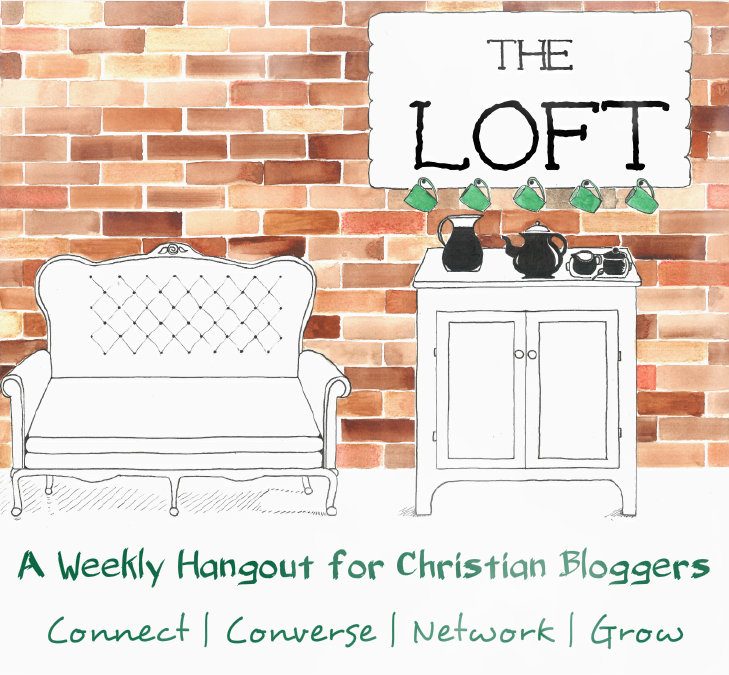 This Week’s Topic: “Blogging” I hope you guys have a lot to say! Some ideas are: Tell us why you started blogging, your blogging goals, needs, how we can help you. Share your favorite blogging tips and tricks, the floor’s open!

Get a running start on Next Week’s Topic: “Intimacy with Jesus” (What does that look like for you? How do you abide in the vine? What barriers do you face or victories you’ve discovered in maintaining intimacy with Jesus? Let’s encourage each other!)

The Loft is the place for conversation, community, networking, and Christian growth.

Each week we provide a topic to start the conversation.

PLEASE NOTE: We want to foster community and transparent conversation with one another, just like we’d do if we were meeting in real life. So we ask that your link stick to the weekly topic and that you mention The Loft in your post. Thank you so much!

Monday night, at 9pm Eastern, the linky goes live and all week you can link up your post on that week’s topic.

We’ll have fun topics, serious topics, practical, soul-ful, holiday, and so, so much more…we can’t wait to get started! This is not only a great way to connect with others, it’s also a fun and easy way to establish a writing habit. If you aren’t a blogger, you are welcome to join in by leaving your comments in the comment section.

So grab your coffee mug and come on up! Hang out for a bit. We betcha you’ll be glad you did.

2. Listen twice as much as you talk. If you leave one link, visit two. Trust us on this one~wink.

3. Be a community. Include #TheLoft graphic and/or link back in your post so we can find each other. Also, share the great stuff you find when you visit around…we’ll be doing the same. 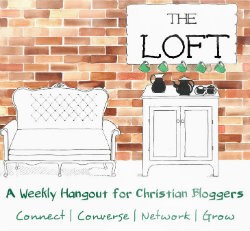 When you link up at The Loft, your link will appear on 4 blogs! We’d love for you to visit The Loft co-hosts and know who we are: Jen, Rebekah, Leah, Arabah

Now it’s time to link up!

Writing has been necessary for me from a very young age.  In the early years I wrote for creativity’s sake.  I reveled in developing stories for my pleasure alone, not worrying what anyone else thought.  Even as I grew older, school writing assignments brought a smile to my face while the rest of my classmates groaned.

As a teen, my writing became more introverted – the good old diary was my space of choice.  I could say whatever I wanted to whomever I wanted without being afraid of rejection or repercussion.

But at some point in time, we had to start sharing our writing with “peers” in class and suddenly, writing became a little more scary.

I wrote less and less until almost not at all unless it was for a school assignment.

And then marriage, and then babies…

Although hidden, the urge to write remained and burst forth in occasional poems, encouraging notes, or impassioned letters to the editor.  I might take that desire out for a bit, dust it off, and admire it, yet put it back in the box neatly where it was safe.

Because the thing about writing is that it’s sort of a portal to the soul, whether you want it to be or not.  A lie detector test.  A forced honesty of character and feeling. 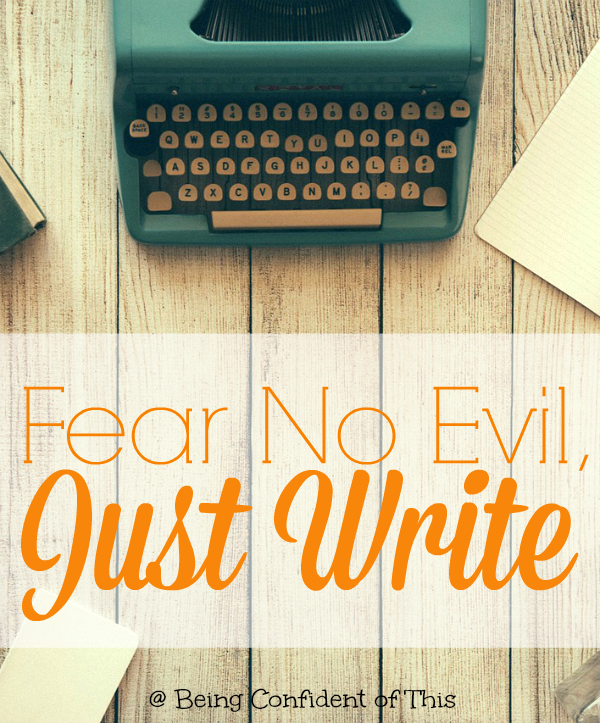 And sometimes I don’t want to be that open with the world.  I fear my words might not be good enough, my ideas not great enough, that I’M not enough.

I fear my failings as a work-in-progress woman.  I fear others might see the real me.  Because as our friend, Lisa-Jo Baker said, control is an illusion, and writing out truths here in this small space breaks that illusion apart bit by bit.

Isn’t that the way it is with all things in life? 🙂

I wonder if the psalmist David faced such fears, or if he just wrote because he had to, because it was in him?

Imagine if he had never penned his agonies or his alternating ecstasies. Imagine if he thought no one would to ever read the words or sing the melodies, so why create them in the first place?  Or worse yet, some might read them and scoff, so why bother? 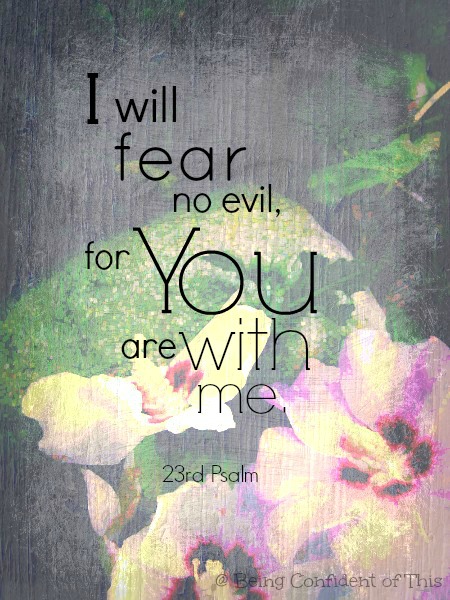 We must write because the writing forces honesty, and how can we grow, how can we progress, friends, if we languish in the illusion that is not?

So, we put on a brave face and just write.

We write in victory and also in defeat.

We write hardships and pain and laughter and delight.

And we trust Him to do the rest.

I’m joining the Five Minute Friday crew again this week over at Lisa-Jo Baker’s place.  We free-write for 5 Minutes on a one-word prompt.  It’s scary; it’s fun; it’s crazy. And so often, it’s oh-so-beautiful.  Join us if you like! (Note: this post has since been edited slightly, so it’s not a true five-minute Friday, but close!)